Written by Richard Ellingworth on 24th May 2021. Posted in News. 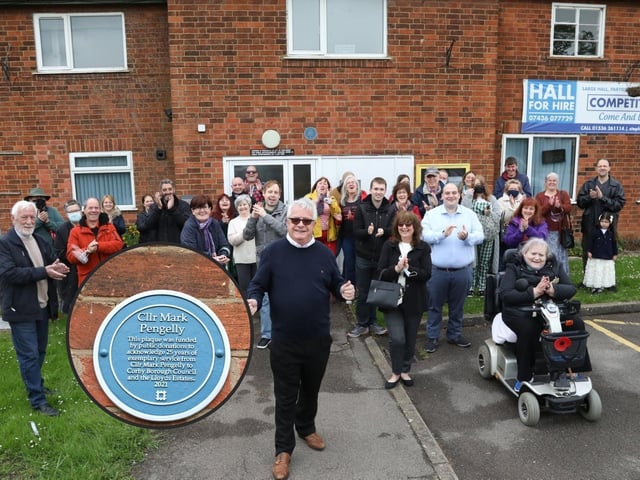 People living on Corby’s East Lloyds estate have unveiled a plaque as a thank you to Councillor Mark Pengelly who has dedicated a quarter of a century to making his community a better place to live.

Cllr Pengelly, who was a borough councillor before Corby Borough Council was scrapped earlier this month, was described as ‘Corby’s fourth emergecy service’ as the plaque at Stephenson Way Community Centre was dedicated to him on Saturday (May 22).

Although he is paid only a limited allowance for being an elected member, Cllr Pengelly has been on call at all hours including Christmas and Easter for the people in his ward since he was first elected to the borough’s East ward in 1995. 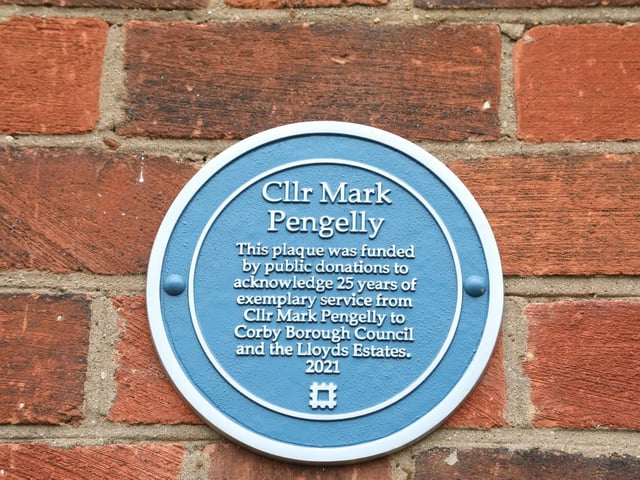 “Mark isn’t just a councillor to a lot of people, he’s the fourth emergency service. There’s the fire brigade, the police, the ambulance and then there’s Mark Pengelly.”

Mayor Lawrence Ferguson said: “I’ve known Mark about 12 years. He mentored me when I was first a borough councillor and he still does now. It’s amazing to think he was on the council when my grandad (John Wood-Cowling) on the council.

“It’s difficult to become a well-known councillor these days as the likes of Jimmy Kane were, but Mark’s known by everyone in the whole town.”

Dennis Taylor and Cllr Pengelly (centre) along with members of the East Lloyds Tenants and Residents Association.