Written by Richard Ellingworth on 30th December 2021. Posted in News.

We are working with the NHS during 2022 and looking for various positions to include: porters, care assistants and cleaners. All positions are long term and potentially permanent. Please apply on our web page by clicking: https://lnkd.in/g_pTVnFK 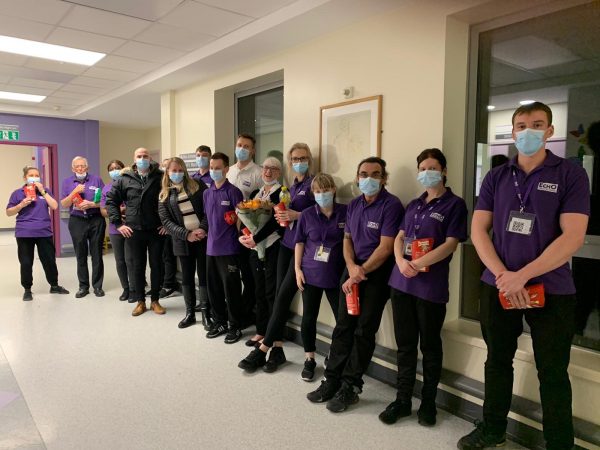 This is superb news for Kettering!!

Written by Richard Ellingworth on 23rd December 2021. Posted in News.

New trees, pavement, seating and bins will be coming to Kettering town centre as part of a £4m revitalisation project.

Street scene work is set to begin in January along the southern end of High Street and Meadow Road as well as parts of Lower Street and Gold Street, with work completed by the summer.

The improvements are part of the Kettering High Street Heritage Action Zone (HSHAZ) project, a partnership between North Northamptonshire Council (NNC) and Historic England to revitalise parts of Kettering town centre to improve the look and feel of the town and showcase all it has to offer. 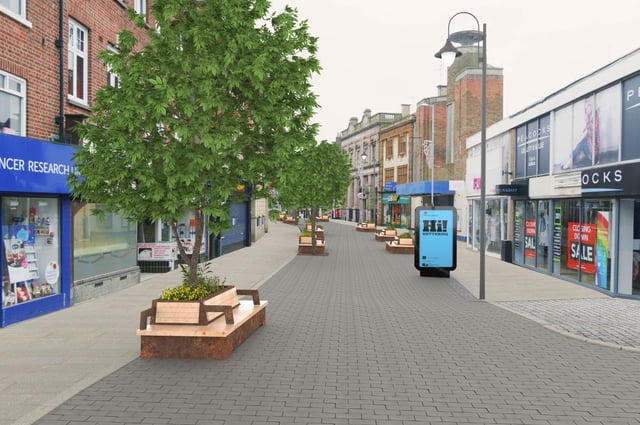 As part of the works new street trees will be planted with replacement pavement and road surfaces, new seating and bins. The project hopes to encourage visitors to look up at Kettering’s fine historic buildings. Building owners will also benefit from the HSHAZ scheme with grants available for building repairs, shop front improvements and building conversions.

Cllr David Brackenbury, NNC’s executive member for growth and regeneration, said: “This exciting programme of works will breathe new life into Kettering’s town centre and unlock its potential. It is hoped that this work will encourage people to visit and stay a while and use the businesses and services available in Kettering.”

Cllr Jason Smithers, leader of NNC, added: “I am delighted that this phase of the project is starting, and we will all be able to enjoy the improvements by summer next year. This exciting project will see the area revitalised and I cannot wait to see the end result.”

During the improvement works there is likely to be some disruption for pedestrians while sections are worked on.

Written by Richard Ellingworth on 9th December 2021. Posted in News. 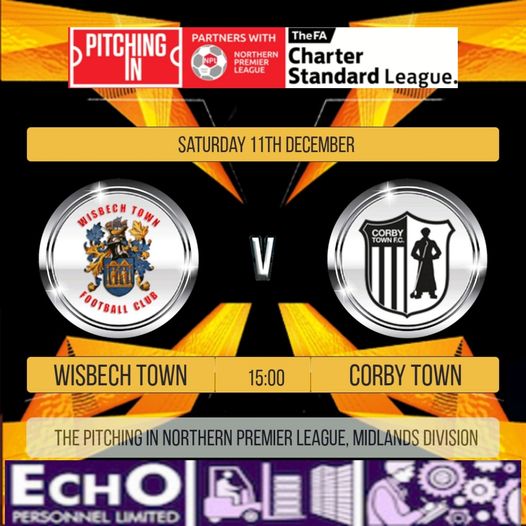 Work available through 2022 with Echo

Written by Richard Ellingworth on 30th November 2021. Posted in News.

We have been advertising in  the local area looking for staff for many new positions for 2022.  Our jobs are not just until Christmas!!  Call your local branch for further information. 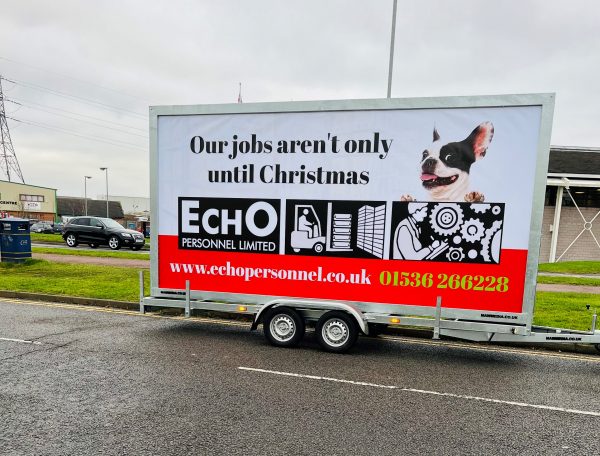 Written by Richard Ellingworth on 22nd November 2021. Posted in News.

Did you see Echo advertising on Friday and over the weekend?  We organised a company to advertise by flying a banner for us looking for staff for jobs in the local area.  We had a great response but still looking to fill many positions, pay available from £9.80 to £10.30 for day shifts.  Call your local branch or register on the home page! 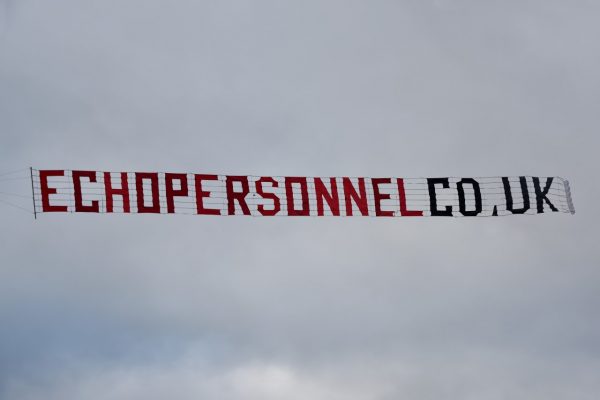 Written by Richard Ellingworth on 19th November 2021. Posted in News.

Sanderson Transport used a seven-figure funding package from Lloyds Bank to buy the a 5.5-acre site in Sallow Road that is adjacent to one of its existing bases. The site was vacated by food manufacturer Roquette last year.

The site will now provide an additional 55,000 sq ft of warehouse space for Sanderson’s, as well as increasing the office footprint for its logistics operations.

It will increase the firm’s warehousing capacity by up to 50 per cent, and enable it to expand its growing e-commerce fulfilment services, which has grown in popularity since the coronavirus pandemic.

The firm provides transport and logistics solutions for a variety of customers, ranging from industrial goods to retail, with a fleet of more than 80 vehicles. It employs more than 140 people across its sites in Corby and Market Harborough.

The new investment follows a period of sustained growth for Sanderson Transport over the past five years, which has seen its customer base expand significantly.

Commercial director Ed Sanderson said: “We’ve increased the size of our operations significantly over the past five years or so. Acquiring the new site will give us even more room for growth and the chance to diversify what we do even further.

The Bodyshop Warehouse coming to Corby!!

Written by Richard Ellingworth on 17th November 2021. Posted in News.

The Bodyshop is opening its new warehouse early in 2022!  Echo are recruiting on their behalf with permanent and temporary positions. 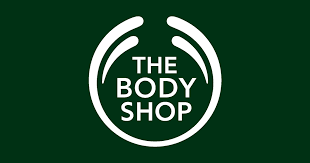 Written by Richard Ellingworth on 11th November 2021. Posted in News. 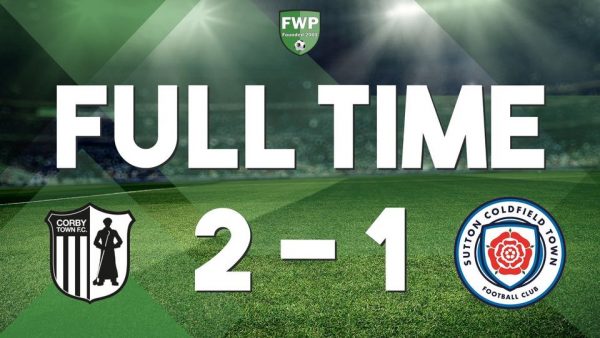 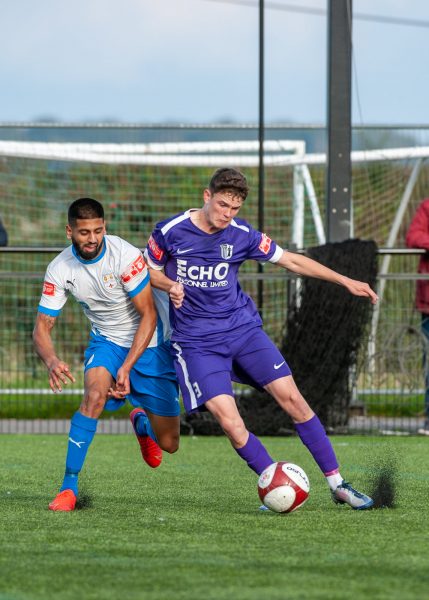 Written by Richard Ellingworth on 25th October 2021. Posted in News. 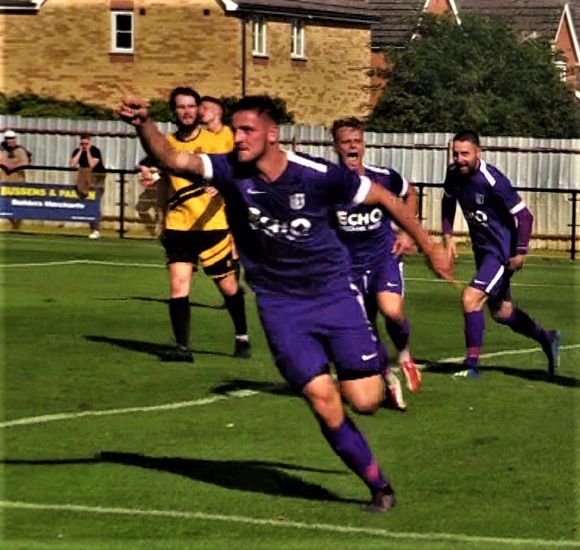 Despite a late fight back by visitors Histon the Steelmen made comfortable progress into the Third Qualifying Round of the Buildbase F.A Trophy. Corby were able to name an almost full strength line up while Histon – whose manager Lance Key played two games on loan for the Steelmen back in February 2008 – had former Corby player James Jepson on their depleted bench alongside two teenagers.
Despite being in far better shape than for their 5-0 win at Histon earlier in the season Corby found themselves a goal down after just six minutes when skipper Ed Rolph scored for the Stutes.
For most of the first half, however, Histon’s Christopher Gough was by far the busier of the two goalkeepers. He made a double save from Jordan O’Brien and Connor Furey and was again called into action when Lewis White strode forward to have a crack at goal.
The Steelmen finally made the breakthrough in the 29th minute when a right wing centre was expertly headed in by James Clifton.
Two minutes into the second half Gough saved from O’Brien, but was helpless in the 54th minute when the Corby number nine fired in an outstanding long range effort which found the net via the underside of the crossbar.
From then on it seemed to be just a matter of how many the Steelmen would get as they scored three times in a ten minute spell. In the 67th minute Steve Diggin headed past Gough to make it 3-1 and four minutes later the ‘keeper, who had done so much to keep the score down, completely misjudged a long ball forward by White to leave Clifton with an open goal to shoot into.
Diggin then hit an angled drive in to make it 5-1 and should really have claimed a hat trick as he struck the woodwork and hit an effort wide.
Corby then relaxed their grip slightly and Histon took advantage by scoring through Josh Dawkin (78 minutes) and Rolph (80 minutes) to make the scoreline more respectable from their point of view.
In the dying minutes the Steelmen were reduced to ten men when Joe Curtis picked up a second yellow card but saw out the remainder of the game without further alarm to book a home tie against Banbury United in the next round of the competition.